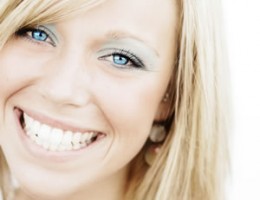 By Owen Richardson, Special to The Brutal Times, KANSAS – Morning people. Who makes them? God, probably. But as time goes on, can we really be so sure? When we cross paths with a morning person after a long night of self-abuse and injurious introspection are we really so well-advised to defer to that person, saying things like, “Uh-huh,” and “Yes, I was listening,” and “Top of the day to you, too, Squire.”?

It’s the morning people who are the 1% of the population, and the night people – the swingers and the groovers – who are the 99%.

“Yeh-yeh-yeh-yeh-yeh, that’s it exactly. So, when, you’re bein’ all apologetic – because you think you’re living your life in error – that because of your decision to sleep in ’til 7am – to not rise early and seize the worm of commerce and competition with one’s fellow man – in fact, Jack, you are living in harmony with your fellow man – men – 99% who are still asleep, and many, many of whom will continue sleeping far past the time when you wake up,” ejaculated sleepologist Ray Goolens, Sunday.

So, most people aren’t morning people.

“You catch on quick, Rick.”

And so it’s the least people – the minority – which is, are morning people.

“I think we’ve already said as much.”

And so the majority – the 99% – are good and are doing things that are right and good and just, simply because they are part of the group that is doing the thing the most.

“Would you mind if I go and get a sandwich?”

“You’re thinking of writing something on a placard, now – I can see that.”

“You’re – nothing – look, how about that sandwich?”

I’ve never said that to anyone before.

The table’s are turned now, aren’t they?

“Look, ah, I want…cripes – I’m sure it’s here that some of your readers are going to want me to step up and correct you, mate, but since I haven’t got a good sandwich in me yet, I just really can’t be asked.”

Here, I’d been thinking I was wrong – for so long, Jong. But now I see that I was right. And it’s good to know that I’m not alone, either. I can’t thank you enough.

“Fantastic. Glad to be of help. Great intellectual exchange we’ve had here.”

What time did you get up this morning?

What time did you wake up?

“Well…er…there’s a difference, ah, you know…”

“Look, if you had allowed me to finish-”

If I had allowed you to finish, we never would have arrived at this truth, here. Yes, precisely. I think anyone could see why you’d want that to have happened. Thankfully – it hasn’t.

You – are a morning person.

It’s written all over your face.

“Preposterous – I was out dancing ’til 6am, yes, all right, there you have it – but I assure you, I am not one of them. I’m not here to judge you or to look down on you. After this interview I’m going home to open a beer and crash on the couch.”

“Look at this hair, here – see? This isn’t my hair. This is the hair of some Sheila who was leaning all over me last night at the club.”

“It’s the hair of some – woman – from, from dancing…staying up all night – not waking up early – there’s a difference.”

I’m not sure I follow you, but there certainly is a difference – we can definitely agree on that.

“Look…what is it that you want?”

“Oh! You don’t know what you want! Of course – how could I have forgotten?”

“Now you’ve – my God, I’m hungry – now you’ve come to the point, surprise, surprise, where you think you’ve found a new idea, in that you’ve found some kind of scapegoat for all you worries – that you can’t find a job, that your girlfriend won’t fuck you, that you’re having trouble even saving up for that miso ramen you want to eat for dinner – when all of a sudden, when someone actually looks at you and says, alright, fine, let’s look at it your way, now what are we gonna do, you have no plan or thoughts on the matter whatsoever.”

“Right. Classic. The old “I just want to sleep a little longer – I don’t want to hurt anybody” defense.
You think all your talk of the 99% and 1% hasn’t hurt anybody? Do you think anyone gets what they want? Rhetorical question – obviously, you do.”

“Not going to cut it, mate. Up at 5, 6 – all right, I’m with you. I want to see you up there, on the train, on the bus, your face pressed to the steamy glass just like all of your fellow man. I don’t care if you’ve had time for a breakfast or not. I tell you, when I hear a tummy rumble, that’s the first sign of a hard worker, if you ask me.”

A bit of a toff, really, Admin inhaled the classics early. His ears are ringing and he plans...to answer them.
View all posts by admin →
This entry was posted in Ordinary People and tagged great intellectual exchange, morning person pisses everyone off, night people vs morning people, Ordinary People, ray goolens, sleepologist, the 99% vs the 1%, the brutal times, what time did you wake up this morning. Bookmark the permalink.

3 Responses to Morning Person Pisses Everyone Off