For Lefties, the Right Hand is ‘The Stranger’ 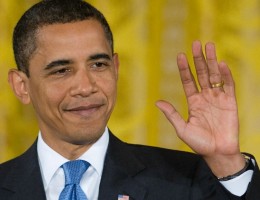 By El Toro, with DJ Salinger contributing, IOWA – With election season and Christmas season roaring into third gear and GOP candidates popping up in everybody’s dreams faster than you can say “overloaded Google Search keyword intro”, Titanic musical giants Toto would be turning in their talent in their titanic titanium graves if they ever caught wind of what I was about to say to you today, the Brutal Times has learned.

For lefties, the right hand is “the Stranger”.

Yes, for years folks over forty thought Billy Joel was “The Stranger.”

And maybe he was, in a way, in whatever way that might mean.

As you know, according to classic rock legend, it was Toto, who coined Joel’s nickname ‘The Stranger’ after they exchanged backstage caresses of steel one night in Bangkok.

But they were also wrong (the folks over forty).

Thus, verily, for most of this millenium of taxpayer-funded research, crammed crusty cardboard boxes were carted out of cavernous cubes of prestigious Caribbean think tank MyGoodies-cardboard boxes crammed to the brim with shock-rocking research, proving lefties get their party started with their right hands.

“I just get tired of the left hand 99% of the time,” ejaculated Occupy Wall Street anarchist Giles Richardson, 40, a lefty. “Using ‘The Stranger’ just jazzes it up,” he went on.

Let me be clear – you’re talking about… when you think about me, you touch yourself?

“When I think about me.”

Right. Sure. But is this too much for folks to know? Will they melt down under the infoload?

Folks can never know enough, says Internet pioneer Daemon Mailer, when contacted by The Brutal Times at home in his log cabin.

Full disclosure: Daemon Mailer is an unpaid employee at The Brutal Times.

Fuller disclosure: We didn’t feel like interviewing anybody else for this interview, cos, like, it was raining outside.

Too much disclosure: it wasn’t raining outside.

Yeah, but shoppers still have the right to click off any time they want.

OK, but “The Stranger” is trending right now?

The Queen Mum’s a lefty?

Let me get this straight.

When you say “lefties,” you mean people who-

Then how old are you? You must have lived a long time to hear all the-

“I see where you’re going, but I’m gifted and pick up quick, y’know?”

Oh, sure. Well. Anything else to tack on?

“I dunno…you explain to readers why they call it ‘The Stranger’, n’ all?”

Uh…I’d have to scroll up and check.

“Right. And no one scrolls down this far, so if you’ve missed it, then it probably doesn’t matter at this point.”

“Well, kudos to you, kid, for caring what the Russian spambot reads – go on.”

Well, I, we – DJ Salinger and I, who also contributed to this article, but really only at the start now – with that classic rock reference-”

“About the Billy Joel.”

Yes – about the Billy Joel – and the Toto – we would just say that, y’know, we’re all adults here, online, and uh, it’s when, uh, one man, uh, loves hisself very much and, uh, he goes about uh, y’know, demonstrating that love, uh, with uh, another hand…then he’s normally used to.”

You got the Billy Joel part?

“I see. That’s highly amusing. And you think your readers-”

We cannot say what we think. This isn’t Facebook.

“And they’ll never scroll down this far.”

8 Responses to For Lefties, the Right Hand is ‘The Stranger’