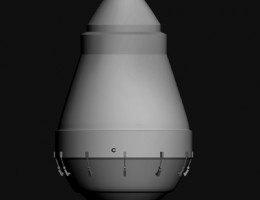 By Styles Cradgerock, IKEA – This thriving, bustling hustling country of 35 million yey-high design mavens and vixens has long been known worldwide as a hotbed of design ever since its yeh-high founder Kronkite Basta, 34 assembled it out of a box and drew oohs and ahs from those standing about.

With IKEA’s 17th annual Basta design awards lurking ahead next Sunday morning at dawn, a disgruntled unpaid intern has leaked news of this year’s winner for Best Nuclear Warhead Design, 2009.

News of the surprise win should make daytime soap opera stars of its two twin brother designers, Simon Cadomum and Jeans Cadomum, both 26. The Cadomums had never designed a nuclear warhead until last spring when Iranian president Saddam Hussein overheard them taking about “pastels and the theory of the unbaked bean” in a Taco Bell inside Iran’s Green Zone and asked them if they’d rather be shot on the spot or design him a nuke.

“I didn’t want to do it (design the nuke warhead) at first,” claimed Jeans Cadomum in a brief text message littered with annoying smiley faces and garishly-clashing avatars over the fantastic social networking tool Fluffer. “But both Simon and I have always been drawn towards working with extreme personalities, and Saddam is definitely one of the more extreme we’ve come across,” he went on.

The warhead designed by the Tehran-based duo follows traditional missile design in that it looks like a giant wiener.

“What, what the Cadomums have done is…to turn the traditional wiener design…flip it on its head so to speak so that the ball sac is actually at the tip so that when it lands on impact the victims have the impression of being heavily teabagged before it blows up,” explained Rambo, who is a character in a film by moviemaker Sylvester Stallone.

Sharon Stallone (no relation to Sly), a female judge from IKEA who voted in favor of the twin brothers’ maverick weapon said she was pleased to see twins win the award this year, “when so many twins have been denied so much in the past.”

Asked to clarify her remark, she refused.

Closely following the rules of Pythagorus - to abstain from beans, not to pick up what was fallen, not to eat the heart, and refusing to look in a mirror after midnite, Cradgerock gets all up in the grills of all the world's leaders and their pets like you knew he would.
View all posts by Styles Cradgerock →
This entry was posted in Presidential Daily Brief and tagged ikea, iran, nuclear weapons, Presidential Daily Brief, rambo, saddam hussein, styles cradgerock, sylvester stallone, the brutal times, twins. Bookmark the permalink.