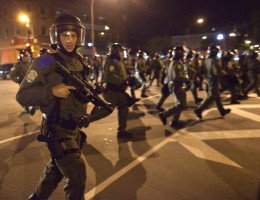 The Earth is too fat.

“The Earth is too fat,” ejaculated Sincere Jones, 90, a scientist at Pittsburgh Science Village. “And I should know – I`ve been watching it awhile,” she went on.

Yes, and because of that, the Earth seems to be in dire straits, sinking at a rate so fast that it may hit rock bottom of the solar system within two years.

“If the earth doesn’t shed some kilos soon, we’d all be best to make tracks soon for the moon,” piped space pioneer Lil’ Jimmy.

Lil` Jimmy, we’re not done yet talking to Sincere Jones, the lady above.

Earth needs to shed maybe Greenland, Australia, South America and Canada if it wants to get started on those millennium programs people was talking about back in 2000-2001.

Yet some say the chances of doing exactly that are exactly unlikely.

But then she died.

Moving along, is it bad or good that the Earth dies?

“Hmm, I’d say if we want to live in accord with nature we’d best just let it go,” powered Hoff Glitter, 20, an equities arranger at Billy’s Bank.

“I’ve learned to respect it after what happened.”

“Yes, it was terrible what happened.”

“I’ve become a better person after what happened in the canoe.”

The Earth is a beautiful place.

GCO is a third generation Grade AAA Grande Chef, whom has served France with distinction since first garnering the honor in 1963.The title of "Grande Chef" is bestowed by the prestigious Paris L'Ecole du Piscine Noir uponst those rare experts in the culinary arts willing to take unprecedented risks in the pursuit of achieving gastronomic perfection. He is also the proud owner of the award-winning bistros Ssh..Kebab, and Pasta La Vista.
View all posts by Grande Chef Otto →
This entry was posted in Grande Chef Otto, Latest Brutality and tagged coco nostradamus, Diet Earth: The Earth is Too Fat, Grande Chef Otto, pittsburgh, the brutal times, the coconostra. Bookmark the permalink.