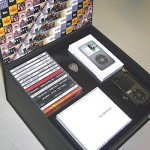 “Yeah, we finally figured out what was missing with the earlier 569808 best of Beatles releases,” said long-time Beatles producer and confidante George Martin, from his villa in sunny Las Vegas, Sunday, “those fucking Harrison and Lennon songs,”