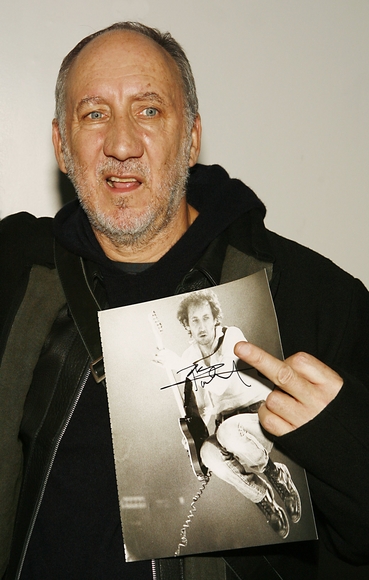 CLEVELAND (INFOSANDWICH)- After enduring the soothing syrup of “My Generation” performed by a 78-year-old Pete Townshend and 62-year-old father of five Roger Daltrey backed by a four-piece Hawaiian ukelele orchestra during The Who`s 1990 Rock and Roll Hall of Fame induction, you’d think the Academy would have taken swift action to prevent further travesty from reaching the ears of the young.

As it happened, friction within the Hall`s governing body over how far to go in reigning in the rebel yells of retirement-age rockers led to 17 more years of crimes against entertainment, committed by such veteran rock artists as Queen and The Eurythmics.

“Picasso was 78 when he was painting some of his darkest, most disturbing work, and we thought, maybe it`d be the same for The Who, and Sonny & Cher,” former Hall of Fame curator Zane Watkin explained. “But Picasso didn’t play the electric guitar.”

Long-time Hall of Fame-watchers believe the Hall will attempt some kind of compromise to avoid ruffling the feathers of old-time rock and rollers still thirsting for the thrill of Hall of Fame Induction.

“They`re still going to get in, all those old dudes” claimed a source close to the rock institution, “but maybe not while they’re still alive. I mean, who needs to be seeing Lil` Kim up on stage singing “The Magic Stick” when she`s, like, 80 or 90 years old?”

Better than nothing, DJ Salinger shakes it where the sun don't shine. BT' s resident recluse on the loose, Salinger is the trouble with this generation, begging the question, What is the sound of one fist bumping?
View all posts by DJ Salinger →
This entry was posted in Thinking Man's Rock and tagged patti smith, pete townshend, rock and roll hall of fame, the brutal times, the who, Thinking Man's Rock. Bookmark the permalink.