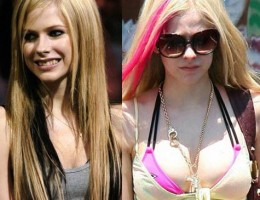 By DJ Salinger, WASHINGTON – Music fans around the globe are rejoicing in news that one of rock’s most treasured genres – that of “punk rock” has been officially declared “very much alive” by a bi-partisan Congressional Commission which had been studying the issue on weekends since 1983.

“Ronald Reagan, one of the greatest US presidents of all time began this Commission,” intoned President Barack Obama this morning on CNN’s Daybreak. “And I am honored, to be uh, to- I’m, what we now know is that ah, punk is ah not dead AND- that’s a first step ah in the right direction,” he went on.

Punk, or shock-rock as it is called in Canada by Canada’s Barack Obama, Prime Minister Cock Blocker, has been known to arouse an insane sexual frenzy in its listeners. Some listeners have mated with animals, trucks, math textbooks, and in one case, J.Lane Talbot, a grad student from Michigan, mated with himself, producing himself but at a variety of ages and sizes.

This kind of thing has prompted an outcry.

“Music as a whole is a waste of time,” chimed in Lance Raintree, 30, of New Orleans.

Still, the government gave lots of dough to the Commission, so here’s its’ findings:

3. The Sex Pistols are dead.

4. Jay-Z and The Sunshine Band are dead.

6.Rancid are not dead.

7. Avril Lavigne is not dead.

9.The Offspring are not dead.

Therefore, as you can see from this list, more punk people are alive than dead and so punk’s not dead.

“Punk’s not dead,” beamed Vice President Joe Biden, who chaired the Commission in its last few weekends. “Don’t worry – you can still listen to your Chili Peppers on your iPods,” he went on.

It is so good to have Commissions to investigate stuff and get the definitive answer. Otherwise the whole world is topsy-turvy.

The entire 1979 Commission Report, first begun under President Reagan in June 1983, will be available online some time next year. Music fans can download it onto their iPods and listen their favorite politicians orate for thousands of hours.

Better than nothing, DJ Salinger shakes it where the sun don't shine. BT' s resident recluse on the loose, Salinger is the trouble with this generation, begging the question, What is the sound of one fist bumping?
View all posts by DJ Salinger →
This entry was posted in Hollywood Pap, Thinking Man's Rock and tagged 1979, 1979 Commission Report, 1983, avril lavigne, barack obama, canada, cock blocker, dj salinger, punk, punk's not dead, ronald reagan, sum 41, the brutal times, the clash, the knack, the sex pistols, Thinking Man's Rock. Bookmark the permalink.